Would you enjoy being stuck in an airport with me? If after chatting with me for half an hour you don’t think so, there’s a good chance you wouldn’t choose me to be on your team. This screening technique is commonly known as the airport test, and the basic assumption behind it may be flawed. I suggest using the life-raft test instead.

If you’re lucky enough to have the budget and headcount to add a new member to your team, there are lots of ways to go about making your selection, and many of them involve some element of testing for fit. Like, do you think my working style is a fit for the role? Or, is my temperament a fit for the work environment? Or, is my personality a fit for the culture? If you think I’m a good fit and that you would, in fact, have a great time with me in the airport, you very well might welcome me to the team. But if not, best of luck to me.

This kind of selection criterion can create teams who work together smoothly and really have a great time in the process. But here’s the common problem: People who feel like a good fit are often a lot like you. You might share the same perspectives, prefer the same communication methods, and have the same sense of humor. You might also possess the same strengths and the same weaknesses, too. And I’ll bet you can see how a whole team of people with the same strengths and the same weaknesses may not be the best idea. 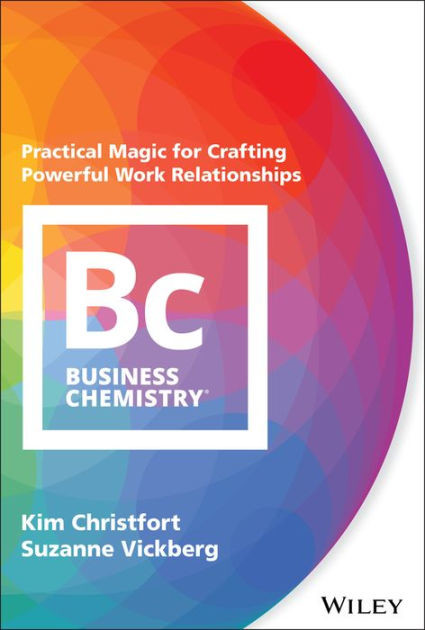 But you may be tempted to select teammates this way because it feels pretty good to work with people who are a lot like you. If you’re a creative type, being around other creatives can inspire you to new heights of innovation. If you’re a detail person, it can be a real relief to be around others who get the importance of the little things. But these feel good scenarios can lead to some pretty undesirable outcomes. Too many creative types together can waste a lot of time and money chasing one impractical idea after another and then abandoning each before they come to fruition. If you all see yourselves as the idea people, who is focused on execution? Likewise, too many detailed people can get trapped in a state of analysis paralysis, make very little progress, and end up choking on the dust of their competitors. If you’re all focused on the minutiae, who’s keeping an eye on the horizon and making sure you move forward in a timely way?

This is typically not a recipe for success.

So perhaps you should be looking to add some diversity to your team, right? Maybe you should even select the person you’d least like to be stuck in an airport with? Well, that might be a good start. A team of creative, big picture thinkers could probably benefit from a teammate with a penchant for thinking through the specifics of implementation. (Even if they find their minds wandering during conversations with that person.) And that detail-obsessed team could probably use some encouragement to make their way out of the weeds. (Even if the person drawing them out makes them feel like they’re caught up in a tornado.) But if you just add a teammate or two with a different perspective and stop there, you’re not likely to get the effect you’re hoping for. Because a team with a majority type tends to favor that type’s perspective and way of working, overshadowing those of any token minorities.

Take as a case in point a team I once worked on, full of high EQ types; we prided ourselves on being empathic, diplomatic, and inclusive. But we sometimes had a hard time moving forward, or even choosing a direction, because we valued everyone’s perspective so much, and we were reluctant to appear critical of anyone’s ideas.

Then a new member joined our friendly but floundering team—a more competitive, goal-focused type. And we were excited, thinking he could help us get and stay on track. And he certainly tried, but his communication style was direct, to say the least, and it rubbed us all the wrong way. When he pushed us to move ahead, we felt railroaded. When he pointed out the flaws in someone’s line of thinking, we felt offended. Looking back, I regret to say that we neither appreciated nor benefited from his unique perspective. Instead, we froze him out, thinking, how dare he?! Didn’t he understand how we did things on our team?! And honestly, no, he didn’t seem to understand. In fact, he seemed quite baffled by our reactions to his honest and straightforward approach. “Didn’t we want help making decisions and getting stuff done” he asked? Apparently not. Ultimately, feeling unwelcome, he high-tailed it to the nearest exit. So much for us being inclusive.

Okay, so a team that’s all the same likely isn’t ideal, nor is one with a few token members who are different, if the team continues to work together in a way that’s best suited to the majority. Which brings us back to that airport test, and its alternative, the life-raft test.

Next time you’re selecting a new team member, imagine you’re not stuck in the airport, because your flight is leaving right on time with your whole team on board. But the plane makes a crash landing at sea and you’re now floating in a life-raft with no hope of immediate rescue. Would you want everyone on that raft to have the same strengths and weaknesses? Probably not. Suppose you’re all great at building things out of random items (a really useful strength on a life-raft with limited supplies), but you’re also terrible navigators (a very unfortunate weakness on a life-raft). Would it make sense to select a new teammate who was just like the rest of you? You could build lots of cool stuff together, but you’d be drifting around aimlessly.

Perhaps instead you’d wish for a teammate with great navigational skills, even if they couldn’t build things. And then, instead of expecting them to do things the way you do them, maybe you’d go above and beyond to support that person in doing what they do best. That could be the deciding factor in whether your team survives the life-raft ordeal.

So next time you’re thinking about how to make your team even more successful, take a quick inventory of the perspectives, working styles, strengths, and weaknesses of your current members. And then review how your team’s ways of working may support the preferences and needs of some types more than others. Because your goal should not be just to add diversity, but also to activate and manage it by creating an environment where all types can thrive. Or alternatively, you could just search for teammates who can do it all. But I don’t think unicorn hooves are a great idea on a life raft, not to mention the horn.

Kim Christfort and Suzanne Vickberg, PhD, are the authors of Business Chemistry: Practical Magic for Crafting Powerful Work Relationships, on which this article is based.