It changed its terms of use and broke up with Mailchimp 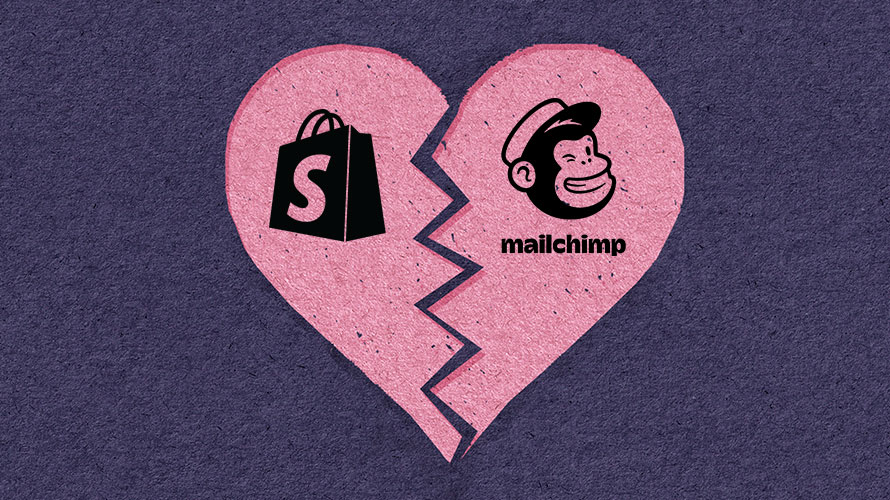 Twelve days ago, Shopify, the Canadian ecommerce platform underpinning thousands of brands, announced a series of changes to its partnership program and API access that has serious implications for its partners and merchants. It was also announced that Mailchimp is leaving Shopify’s marketplace, causing even more concern.

Two big changes to its terms of use stand out: Shopify will now “restrict partners” that try to get merchants to leave Shopify; and it is also requesting that all data collected by a partner that relates to a merchant’s customer “be sent back to Shopify.”

“I’m not surprised to see this happen where Shopify wants to protect their merchants and the data that flows through their platform,” said Casey Armstrong, CMO of Shipbob, a fulfillment company. “They need to protect competition across the board.”

The language dictating what agency partners can and cannot do is worrisome for some, considering agencies work with a variety of merchants and platforms—including competitors to Shopify.

“Shopify’s a platform and ecosystem that is open and operable,” said Satish Kanwar, vp of product at Shopify. “For us, it’s about valuing the integrity of our policy and our data. Preventing bad faith actors in the ecosystem. We don’t have any concerns when we have other partners that work with other ad partners. That’s a natural part of how commerce and the ecosystem works but it’s really about the intentions about how the information flows.”

Merchants will most likely use other ecommerce email marketing platforms like Klaviyo and partners will likely comply. Instead, these new terms show that Shopify is locking up its ecosystem to maintain its growth, amass more data and flex its imaginary muscles to growing competitors like BigCommerce, Webflow and yes—Mailchimp.

Jonathan Poma, chief evangelist at BVAccel, a marketing agency focused on Shopify+, said an agency like his is less concerned since he believe these changes are aimed more at technology partners.

“These partner agreements are not that substantial and there’s no legal precedent,” Poma said. “No consequence unless the Shopify relationship is very important to you and if you plan on soliciting.”

“Often times, the agencies are the trusted third party with any re-platforming conversation or technology decision,” Armstrong said. “Keeping these partners tightly woven into the Shopify ecosystem is key to them building their moat in both the immediate and long term, plus these partners often rely on Shopify returning the favor.”

As for the data change, it makes sense considering the growing privacy concerns happening across all types of platforms, whether it’s GDPR enforcement rules or the growing amount of data breaches. Ryan Kulp, founder of Fomo, a marketing SaaS product company, said the change protects the customer and that it was time for Shopify to implement it.

“The most aggressive new change is ‘sending data back to Shopify,’ but the specific fields in question are logical: first name, email, etc,” Kulp said. “And sending this information back actually benefits the store as well, because if an app keeps all end-shopper emails but then the app is deleted, that store is now unable to send messages to their own customers. I can’t imagine any honest app developers wanting to create this scenario. Just send the basic data back and let the Shopify store be your ‘source of truth.’”

This now brings us to the controversy surrounding Mailchimp. On March 22, Mailchimp wrote a blog post stating that it asked Shopify to remove the Mailchimp integration from the Shopify marketplace. Mailchimp’s reasoning behind the move was due to the new term requiring partners to send back any data collected “on behalf of the merchant” back to Shopify. According to Joni Deus, director of partnerships at Mailchimp, that data (in Mailchimp’s eyes) doesn’t belong to Shopify.

“We got permission from that user to have it within our Mailchimp platform and they wanted that retroactively,” Deus said. “The data sharing agreements in those terms go against data privacy expectations.”

Shopify then issued its own blog post response as to why the partnership ended, further stating that Mailchimp’s refusal to hand over the data meant merchants and others on the Shopify platform “can’t reliably serve their customers or comply with privacy legislation.”

However, industry sources think all of these changes—including Mailchimp and Shopify breaking up—were a long time coming.

Mailchimp’s made a series of moves signaling it’s intending to build its own ecommerce platform. Two big changes include Mailchimp partnering with Square to create shoppable landing pages (a landing page merchants can use to sell a single product) and hiring former members of LemonStand, an ecommerce company that’s fully shutting down on June 5.

The move however makes it a ripe time for other partners like Klaviyo, another email service provider to step in and fill in the hole for Mailchimp. Or, as Deus said, companies can also use a third-party integration like Shopsync or Automate.io to still utilize Shopify and Mailchimp.

However, these moves are part of Shopify keeping up with competition and retaining its leadership as an ecommerce platform. Competitors like BigCommerce and Webflow are picking up bigger clients and just last week, Square also announced an overhauled version of its Square for Retail option and a new product called Square Online store. Both leverage Square’s acquisition of Weebly last year and giving merchants more of an ability to bridge their online and offline channels.

For now, Shopify remains a leader (the company posted $1 billion in revenue last year) but it’s unclear for just how much longer.

By Thank you Ann-Marie Alcántara

This site uses Akismet to reduce spam. Learn how your comment data is processed.